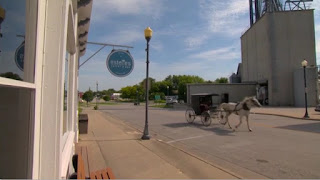 I was online and learned about "Farm Fresh Road Trip," a program about locally grown food venues throughout Minnesota. It's produced by Twin Cities PBS and Minnesota Farmers Union. This weekend's episode of "Farm Fresh Road Trip" features a restaurant called Estelle's Eatery & Bar in Harmony, MN. I have family in that area and have eaten at Estelle's once or twice. It was very good food.

Estelle's is owned by Matt Brown. Most of the food items are produced locally or in surrounding communities. In his segment, Brown prepared steak crostini with goat cheese mousse, mango chutney, and chimichurri dipper. Brown's father-in-law, Jim Harstad, also appeared in the segment. It was noted that the meat served at this restaurant is produced out of his farm. 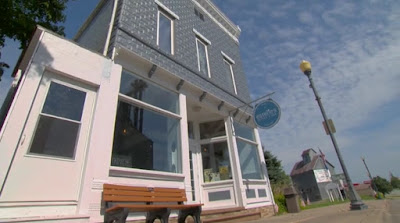 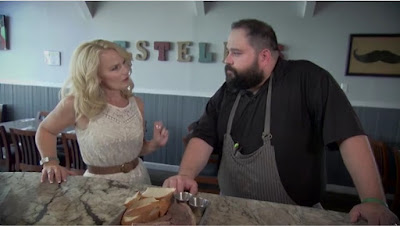 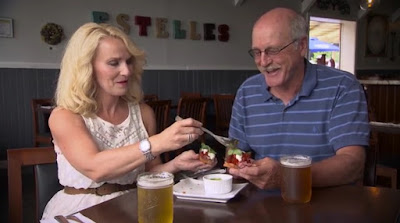 The segment was filmed back in August and premier on Minnesota Public Television last night. Five other Minnesota restaurants were also featured on this episode. You can watch the entire program here.
Posted by Jon at Monday, October 03, 2016

How would I get the recipes. It looked wonderful

Jon
My name is Jon. I live in Iowa with my husband Mark and our two sons. We have two dogs. We are adoptive parents of our one son and legal guardians of our other son. I am a huge proponent of foster care and adoption. I am a member of a small, but active UCC church. I have worked in the disability field since high school. Oh, and I like comic books. A lot. Feel free to comment on posts, even if you disagree with some or all of the content. I do moderate comments, but that's mainly to weed out spam. I might comment back at you, but I'd love to hear your thoughts. The opinions expressed on this blog are my own and not anyone else's.